Hush, Born in Newcastle, England, trained as a graphic designer at the Newcastle School of Art and Design, Hush’s art practice has taken him around the globe throughout Asia, Europe, and the United States. His immersion in such a diverse range of cultures and environments is evident in his work and his captivating portrayal of the immortal beauty of the female form. Over the course of his travels, Hush developed a fascination with the mark-making, tagging, and graffiti he encountered along the way. 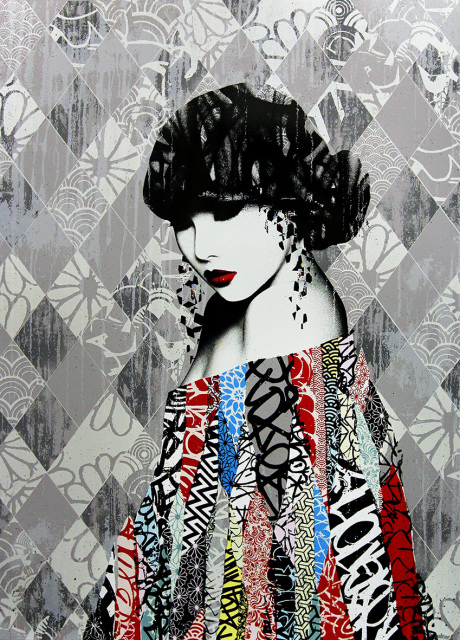 Modern and Contemporary art for sale