Phil Frost is a New York based artist that creates work that combines the raw, gritty edge of the street with an elegant, painterly aesthetic. Frost first became known in the early 1990s for his involved installations on the streets of New York. Locations were scouted, measured and analysed for feasibility before he painstakingly created the artwork in his studio. Works, usually composed of numerous panels were then affixed to his targets under cover of darkness. In 1994, these street works inspired a PBS episode of City Arts featuring the artist. His transition to the gallery world was inevitable and after a string of strong showings in group exhibitions, he mounted his first solo exhibition at the Jack Shainman Gallery, New York, in 1999. His found object constructions and works on canvas are a multi-layered combination of colourful, almost comic-strip portraits and intricate typography overlaid with bold graphic symbols rendered, more often than not, in correction fluid. 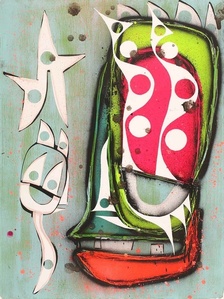 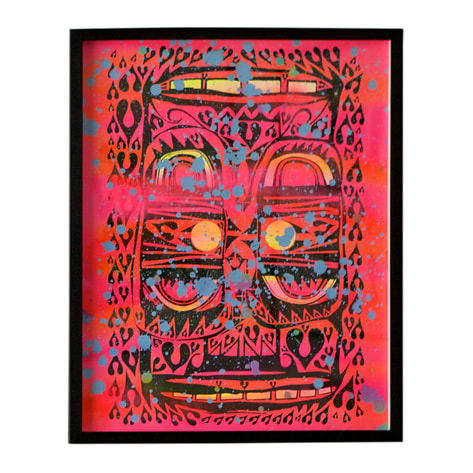 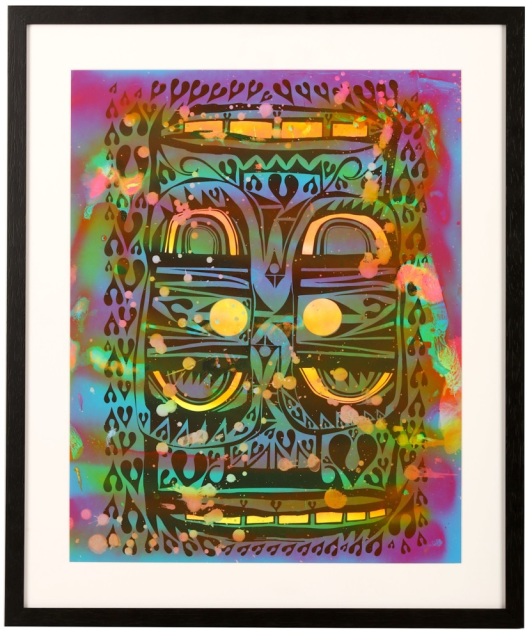 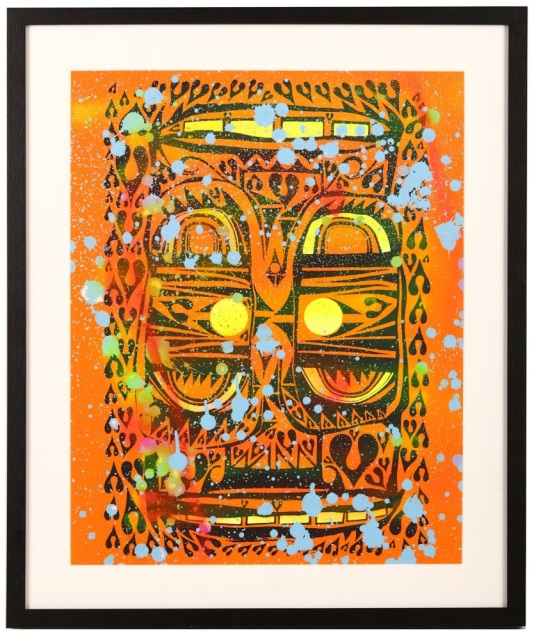 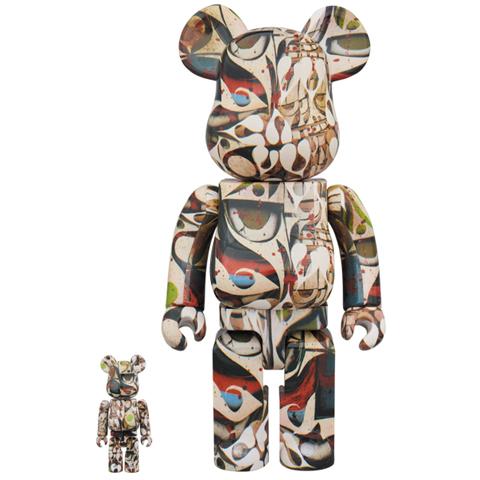